skip to main | skip to sidebar

Irakleion, Crete harbour, November 20.
The gull of the next photo, second on the left, beside the normal YLG was bigger than most YLGs with darker mantle colouration, more head markings than usual in YLG and the Caspians of the harbour. Although most probably it is another YLG some more things are strange, like the relativelly long tribia together with a large amount of white in wing tips and the long bill: 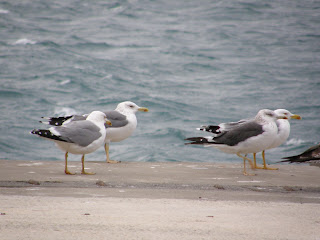 The same individual with a LBBG, presumed as L. f. intermedius: 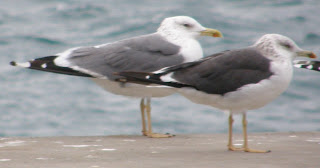 Together with YLG, mantle colouration a bit darker although some rain and heavy clouds made it difficult to be shown on photos. But see different bill shape and the longer legs: 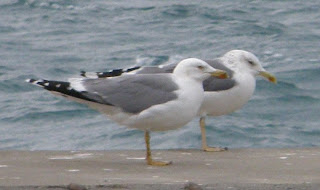 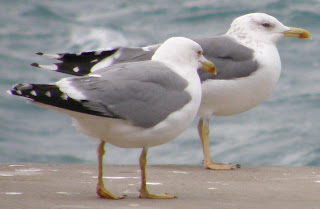 In the same date, most probably the same individual: 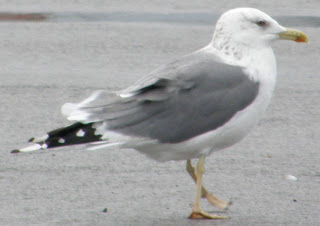 The amount of the white in wing tips and the mantle colouration seems unlike the typical L.f.heuglini. One suggestion was an hybrid L. cachinnans x L. (f.) heuglini. Compare with a presumed Heuglin's Gull, also today 20/11/2007: 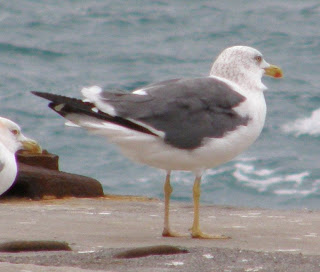 ...and one presumed heuglini the previous day (not unlikely the same individual above): 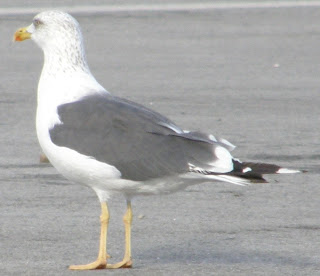 Any comments to help me to ID any of them are welcome. The photos are taken by myself or by good friends (nature photographers) and are copyright © protected. Send e-mail to contact.